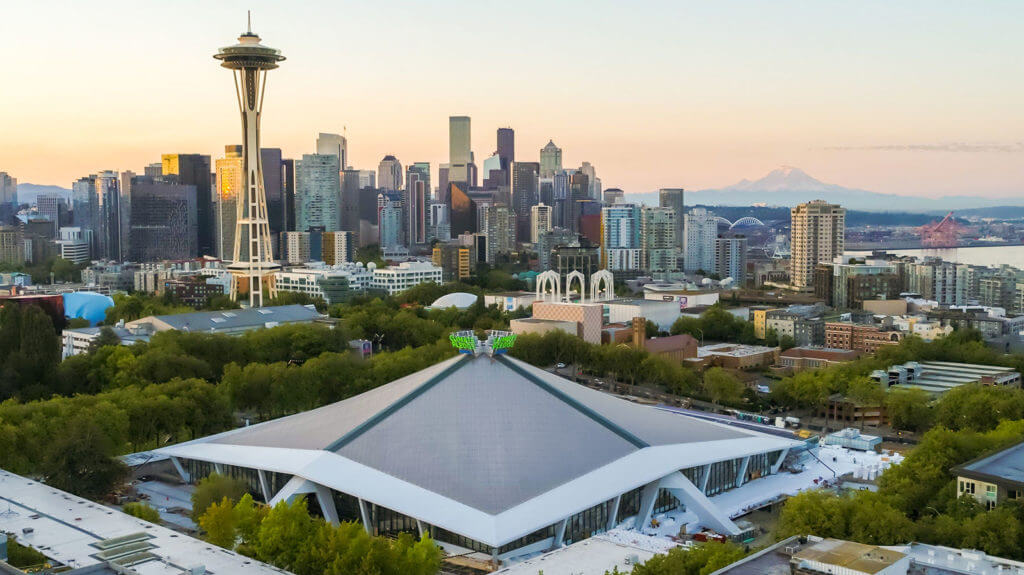 On the night of October 22, my fiancé and I had the privilege of seeing one of the very first events held at the new Climate Pledge Arena in Seattle. Despite the jaw-dropping prices on concessions [$16 beers!!!], the whole experience was impressive and definitely memorable. The brand spanking new venue was vibrant, clean, and the circulating air seemed pleasantly fresh. Even though the arena can hold over 17,000 fans, the concert we attended felt intimate and inclusive. To watch a sporting event here, I would venture to say there is not a bad seat in the house. Overall, we had an absolute blast and the new Climate Pledge Arena itself is something to marvel at.

When the Climate Pledge Arena was built, the goal was to be the most progressive, responsible, and sustainable arena in the world. Not being named after a corporation is another unique differentiator for the arena. Instead, it is named after a movement: The Climate Pledge. The pledge calls on companies and organizations to be ‘net zero carbon’ across their businesses by 2040.

Home to the NHL’s Seattle Kraken, WNBA’s Seattle Storm, and the world’s biggest performers of live music/events, the Climate Pledge Arena is doing its part to address climate action. Here are a few key goals they highlight:

You’ve probably heard that you can’t find Kraken tickets for less than $200 a pop… which makes it difficult to enjoy the beautiful new arena for some. But there are lots to see and do there with cool exhibits, art installations, mosaics, and even a meditative space. This place has something for everyone.

Here at the Stump Farm, where White Raven Financial is located, we love to see our local sports teams making an impact to curb climate change!